Sit on vs Sit in Kayak for Fishing 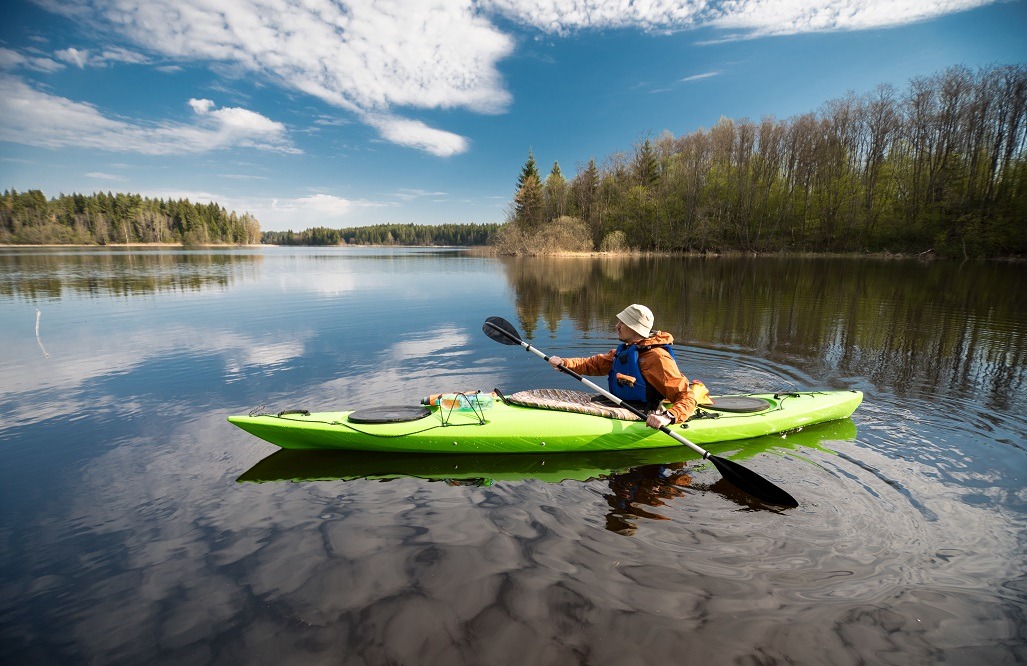 Do you like fishing? Or are you one of those people who consider it a mundane pastime where you sit on the edge of a river or a lake and wait for the fish to bite?

Would you rather ride on a boat and explore the waters and what it can offer instead? Have you tried riding a kayak while fishing?

If you do, we will talk about sit on vs sit in kayak for fishing. Which of the two kayak styles is more suitable for fishing or recreational purposes? We will introduce to you both styles to help you decide which is the more suited kayak for your preferences and needs.

Quick Navigation
What Is a Kayak?
What Is Kayak Fishing?
Sit on vs Sit in Kayak for Fishing
Conclusion

What Is a Kayak?

A kayak is a small and narrow watercraft that looks like a boat. With the traditional kayak, you can see a covered deck and a cockpit for one or more paddlers. Sometimes, the cockpit is covered so that the water cannot get in and the paddler will not get wet.

Ever since thousands of years ago, kayaks have been used by the indigenous people of Alaska, Canada, and Greenland. They use it to hunt in lakes, rivers, and nearby coastal waters.

There are two styles of kayaks: the sit-on-top kayaks and sit-inside kayaks. Both come in either a single- or a two-seater kind. Most kayaks are hard-shelled and are made from durable plastic material that will last a long time. You can also find inflatable kayaks that you can deflate if not in use.

For recreation, most people will choose the sit-inside style of kayak because they will not get wet while on the water with the help of the skirt wrapped around the deck. However, this style of kayak is more prone to capsize, and you will have a hard time getting out of it fast.

Parts of a Kayak

The deck is the top part of a kayak while the bottom is called the hull. The front of a kayak is the bow while the rear is called stern. Both have seats and foot support.

The sit-in kayak is enclosed. The paddler sits on a seat inside the cockpit, which is surrounded by the cockpit rim.

This rim is where you attach the spray skirt to prevent the water from coming into the vessel. That skirt will then protect the paddler from getting wet while on the kayak. You will also find a foot pedal that you can adjust according to the length of your leg.

What Is Kayak Fishing?

Kayak fishing is fishing using a kayak. This sport started in the ‘80s when Southern Californians started using surfboards and went out farther with fishing rods and gears. Since they cannot take much on a surfboard, they began to look for other means of transportation.

That’s when they noticed the possibilities with a kayak. It was also during that time when they considered kayak fishing as a water sport.

As mentioned earlier, the indigenous people from the Arctic regions used kayaks for hunting in rivers, lakes, and nearby coastal waters. It was just recently that they considered kayak fishing as a water sport.

Kayaks became famous as a fishing vessel because you can buy affordable kayaks and have low maintenance costs compared to fishing boats. It can quickly enter any location that holds fish.

Sit on vs Sit in Kayak for Fishing

Now, our next question is: "What style should you buy and use when on a kayak fishing adventure?" You will have to consider some factors before deciding on a purchase.

Are you using it on a calm lake or the rough waters of the sea? Is the water warm or cold? Do you want a fast-moving kayak or a stable one that does not topple over easily?

The length of the kayak plays an important role in its performance. If it’s long and narrow, it is faster. If you are looking for stability in a kayak, choose the more extended version. It is stable but slow moving.

The sit-on-top kayaks are stable, and you will not feel trapped inside. Getting in and out of the kayak is very easy. Also, it has scuppers or small holes that drain the water out of the kayak, so you don’t need to remove the water from inside the vessel manually.

This type of kayak is the best choice for paddlers with kids and those who get nervous quickly.  The only problem with this kind of kayak is that you will get wet while paddling.

The sit-inside type protects the lower part of your body from the wind or cold water. This type of kayak is for those who do not want to get wet while paddling.

One problem with the sit-inside kayaks is the restriction in movement. It is also hard to get out of the kayak if it flips over.

The sit-on-top kayak features a comfortable seat with back support where the paddler can get in and out of in an instant. This kayak is also more stable than the first. Equipped with scuppers, the water coming into the vessel goes out of these small holes; there is no escape of getting wet in this kayak type.

A sit-inside kayak is enclosed and is suitable for those who do not want to get wet while paddling. It has a cockpit where the paddler sits.

A cockpit rim surrounds the cockpit, which is also where a spray skirt is attached to prevent the entry of wind and water. The downside for this kayak is the restricted movement.

So, which will you choose between the two? Both kayak types will let you catch fish, but the sit-on-top kayak is the better choice. Moving is essential when fishing and you cannot do that in a sit-in kayak.