What is the Best Kayak Size For Very Fast Rivers? 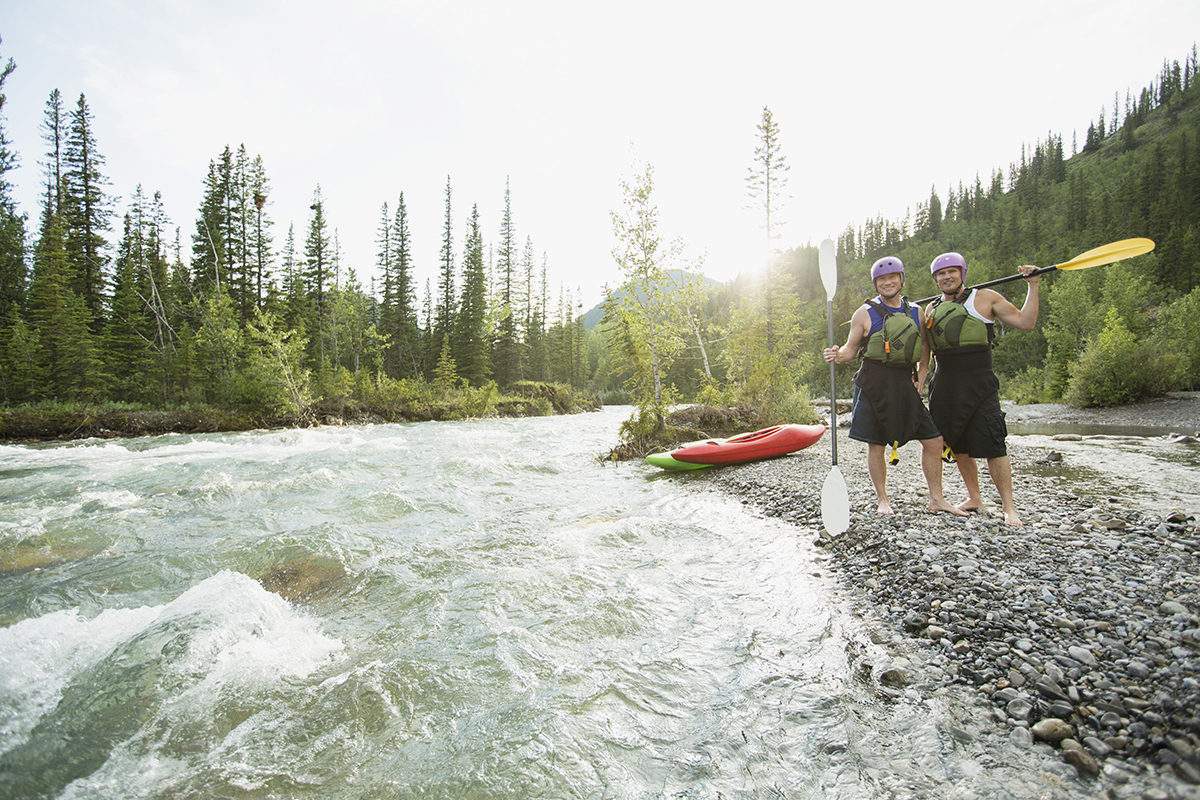 Kayaking can be exciting, especially when done as a group. However, owning a kayak is one thing, but knowing where and how to paddle it for optimal fun is another. With so many options available, the process of choosing the right kayak can be overwhelming.

Before you go kayaking, there are several considerations: the environment, length of the kayak, design, and even purpose. Generally, kayaks are similar, but they are designed for use in different environments.

The kayaking sport recognizes two water environments. First, there are inland water bodies, including rivers, small lakes, bays, ponds, water canals, and other small bodies. Second is the open waters, which include oceans and seas, larger lakes, and large rivers. For example, kayaking in small lakes and narrow rivers and canals presents a different experience to open waters.

This article delves into the types of kayak design optimized for speed, specifically for use in swift rivers.

River kayaking is enjoyable because you can explore different environments. When kayaking in a rapid river, you have a diverse experience as you traverse its lengths.

One moment you might be relaxing at the comfort of smooth paddles. In an instant, you can be engaging a whitewater run. This gives you an exhilaration rush that only comes from fast-moving waters.

While these might be exciting moments of your paddling journey, picking a kayak that works for all these environments can be challenging. Here is a jargon buster that can help smooth things for you when considering what you want in a kayak for very fast-moving rivers.

Drops – Just as they sound, drops refer to sudden changes in water heights. The cause for this is rocks or fluctuations in river gradients or waterfalls.

Holes – Holes in a river develop when fast-moving water over a rock creates a zone in the river that can drag your kayak. Holes are danger zones as they can potentially pin your kayak into place and finally swamp it.

Edging – Edging or carving is a common kayak trick that involves tilting part of the kayak outside the water. Edging increases water friction on the tilted part of the kayak, which causes it to turn faster.

Tracking - This refers to the measurement used to determine the ability of a kayak to maintain a straight line during paddling.

Chine – In kayaking, chine is a sharp angle change in the hull's cross-section. "Hard chine" involves a sharper tilt with slight rounding, while "soft chine" is a more rounded blunt tilt.

Stability – This describes the steadiness or unsteadiness of the kayak when you first sit in it. Then, there is a secondary instability that describes the kayak's feeling when moving it onto the edge while tilting.

A fast-moving river is not a friendly river. It requires good kayaking skills on top of the efficiency and design of the kayak. A kayak adaptable for the fastest-moving rivers has to possess these features for optimal performance.

How Does Kayak Size Relate to Swiftness?

For many paddlers, kayak speed can be a significant concern. If your next kayaking expedition involves a high-speed river and you're curious about what can optimize your kayak for speed, keep reading.

The length of the kayak can determine the speed. If you watch paddling Olympics, you will notice longer than usual kayaks. The number one reason for this is that longer kayaks adapt better to speed, and there is a feasible scientific explanation to it.

Generally speaking, longer kayaks can cut water more gradually than shorter kayaks. This allows them to resist and compete against drag. Think of it more like ferrying a heavy load up a ramp. A shallower angle means that the ramp is longer, so you almost do not feel the climb. Contrasting it to a shorter ramp, it feels steeper, and it feels as if you're dragging a boulder up a mountain. Kayaks employ a similar concept.

The longer the hull, the less the push-back as it cuts through the water. Still, it doesn't mean that a giant-sized kayak will have lightning speed. Other factors come into play, such as paddling skill, waves, width, and more, but that's the whole idea. Long kayaks also have enough leg room allowing the paddler to make longer distances in time.

Shorter kayak versions are more stable with swifter rivers because they are well seated in the water, lower your center of gravity, and give you more stability. A kayak with a 29" beam is short enough, allowing for shorter paddles, hence better control.

Weight is an essential factor. Long and heavier kayaks are excellent for river running. They can quickly negotiate stage I and II rapids and even stage III with adequate training and experience. As a result, they are stable and swift in waterways. Relatively heavy kayaks also enhance the paddler's center of gravity, allowing swift movement even in the fastest rivers with easy maneuverability.

Width is the ultimate measurement for a kayak's stability. A kayak's width is called a beam, which refers to the widest point of the kayak. While length determines speed, the width of the hull is what determines how stable your kayak will be. For a fast-moving river, you need a wider kayak. Wider kayaks are more stable because of their ability to resist side-to-side tilting.

All other dimensions and physical features of a kayak aside, the wider your kayak, the more stable it is. Stability refers to the kayak's ability to battle rolling and capsizing in rough paddling, and this is precisely what you need when paddling along a fast-paced river.

Consider the displacement length. This is different and more important than the overall kayak length. Instead of measuring the length of the kayak at the bow to the stern, it accounts for your kayak's length at the waterline. The displacement length measures a lot less compared to the bow-stern length. Still, it matters more because it determines the kayak's performance in different environments, as this is the surface area meant to interact with the water.

Engaging in kayaking is terrific, and if your eyes are already set on speed, it will help if you got some good muscles. Endurance and high stamina are key to utilizing your kayak's full potential. Narrow and preferably longer kayaks are excellent for smoother glides, although they need more energy to paddle.

On top of requiring the optimal kayak in terms of stability, length, width, weight, and displacement, you also need proper skills for quick maneuvers to avoid capsizing and other kayaking errors.